I have written on previous blog posts about our new house being haunted, because of the strange things we have seen and heard.

I am beginning to think that our living room is the most haunted room in our house.  As I mentioned on a earlier post, we had a local psychic tour our home, to see what she thought about some of the unusual things that were going on.  She said that our living room was a "passby room" through which spirits roamed. 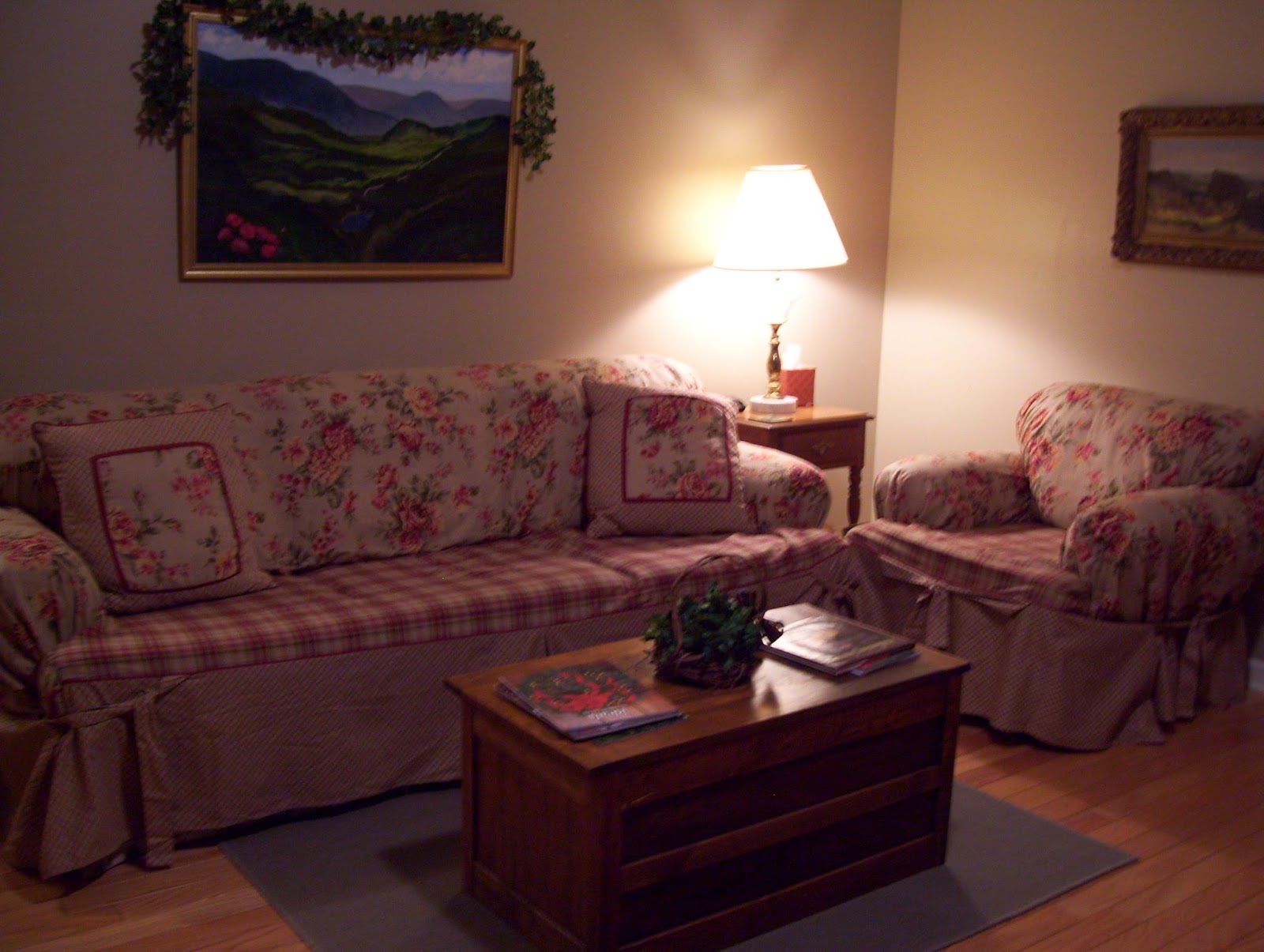 Because of the nature of Greg's job, I sometimes have to be by myself late at night.  After I do my evening chores, I sit on the couch in our living room, to make plans for the following day.  Most of the time, our calico cat, Kallie, comes and curls up on my lap while I am working.  Before she settles down, she'll stare above my head around the area of the large painting on the wall behind where I'm sitting.  Her eyes dart three or four places, like she's looking at different things, but she doesn't seem alarmed; she just merely observes, studies everything for a few moments, and then she's ready for her nap.  It's a little unnerving when she does this, for I have no idea what (or who!) she's seeing.  I guess I'll need to consult a psychic about that one!

Then, just yesterday, Greg and I had a couple of visitors in the evening.  We were all in the living room.  Greg and I were standing, facing the couch, while the two ladies were seated, one in the large chair and the other on the couch.  Suddenly, the woman on the couch grabbed her right shoulder and said, "Something just touched my shoulder," as she quickly turned her head to see who the culprit might have been.  I said that I guessed that she was thinking that it might have been one of our cats, as I tried to make casual conversation.  Her friend tried to blame the feeling of being touched on the woman's long hair hitting her shoulder.  (We all do try to come up with  logical explanations for the unexplained things that happen in our lives.)  Then, without thinking, I blurted out that our house was haunted, in a half-joking tone, as I tried to bring closure to all of this.  However, the two ladies didn't hang around much longer after that!

Greg and I were probably as taken aback as the woman was that this had happened.  Personally, we thankfully have never experienced being touched by anything in the unseen, in our house or anywhere else, and we certainly hope that we never will be.  (However, you just don't know about things like this, because the paranormal is usually so darn unpredictable!)

Thanks for visiting!  Until next Saturday, Becky
Posted by Becky Arnott at 4:54 PM

Email ThisBlogThis!Share to TwitterShare to FacebookShare to Pinterest
Labels: a psychic, haunted, the paranormal, the unexplained