I was recently looking around the Internet and came across two things I thought might interest you.

One is an ad on Ebay that I thought was intriguing-a vintage photograph for sell that shows a "ghostly man" and an "invisible lady" from the spirit world.  It's from a dealer in New York that specializes in vintage post cards and photos.  It's the original photo for only $4.99 plus shipping which I thought was pretty good.  You might want to take a look at it before it sells, or you might even be interested in buying it yourself!  You can just go on Ebay and type in "spirit photographs," and it should come up.  It was on the first page when I was there.  Check it out and see what you think!

The other thing that I found interesting was a blog that has old Victorian photographs of the spirit world that were for the most part faked.  The blog author explains that there was a lot of death around Victorian times, and that the photographers figured out how to fake pictures of people shown with their deceased loved ones.  That was really popular during that era.  I find these photos fascinating.

The lady's specific blog post I was referring to is:  bluehourstudio.blogspot.com/2011/09/spooky-victorian-spirit-photography.html .

On the other hand, none of the photos in my book, "Photographic Encounters of the Spirit Kind" were faked.  They are real-over a hundred of them, taken by my brother, husband, me, and others.  Neither Greg nor I are very technical.  We wouldn't have the first clue on how to fake anything like that.  It's so much easier just to point the camera and shoot, and a good percentage of the time, when the conditions are right, strange things magically appear! 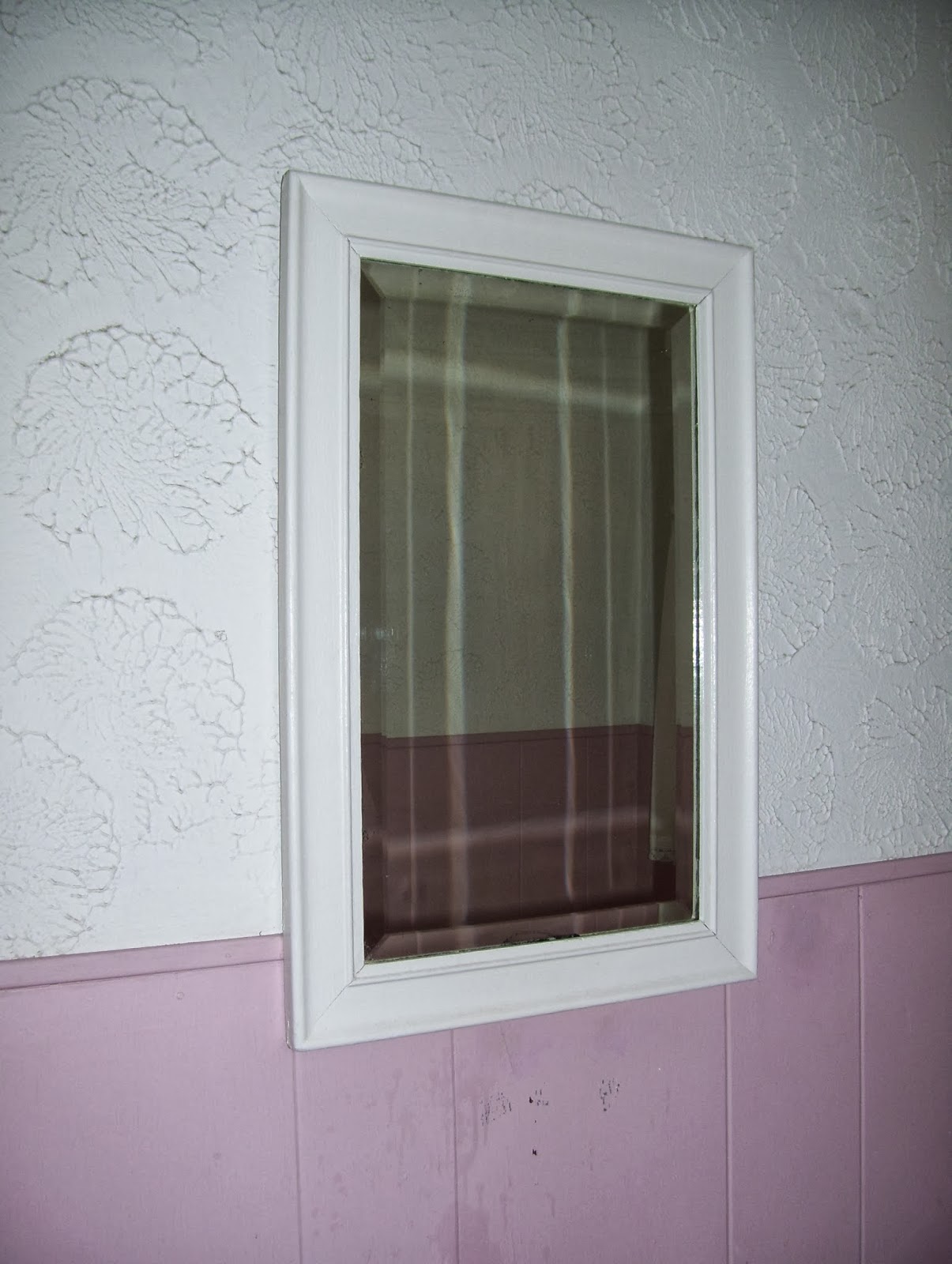 This antique mirror is featured in "Photographic Encounters of the Spirit Kind" by Becky Arnott.

Posted by Becky Arnott at 7:23 PM No comments:

Last week, I mentioned in my blog post that I'd been having a difficult time taking paranormal photos, and I outlined the reasons why.

Well, I'm happy to report that progress has been made!  Just last week, Greg and I were visiting his parents' old house, when I decided to take a picture of an antique mirror over the mantel in the dining room, with the flash on.  I got a really good picture of a grid.  (I guess there's hope for my spirit-photographic talent after all!) 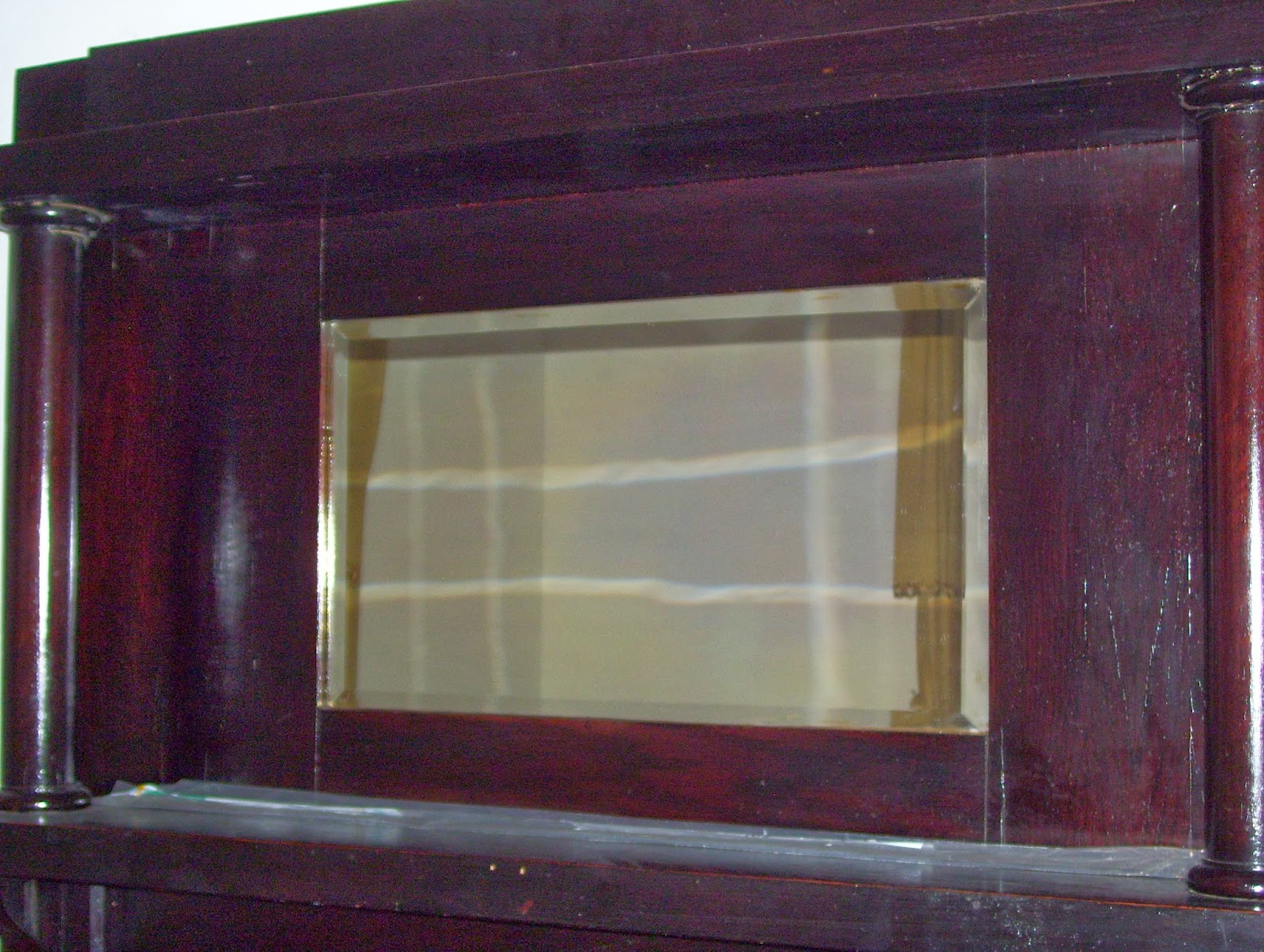 Notice the dark line as well as the light ones.

This same mirror is featured in my book, "Photographic Encounters of the Spirit Kind," in the chapter entitled "Greg's Boyhood Home."  You might want to pick up a copy and see it for yourself!

"In the winter she curls up around a good book ("Photographic Encounters of the Spirit Kind"?) and dreams away the cold." -Ben Aaronovitch

P. S.  I'd love to hear from any of you that have had any experiences, etc. with grids.

Thanks for visiting!  Until next Saturday, Becky
Posted by Becky Arnott at 3:45 PM No comments:

Where Have All the Spirits Gone? 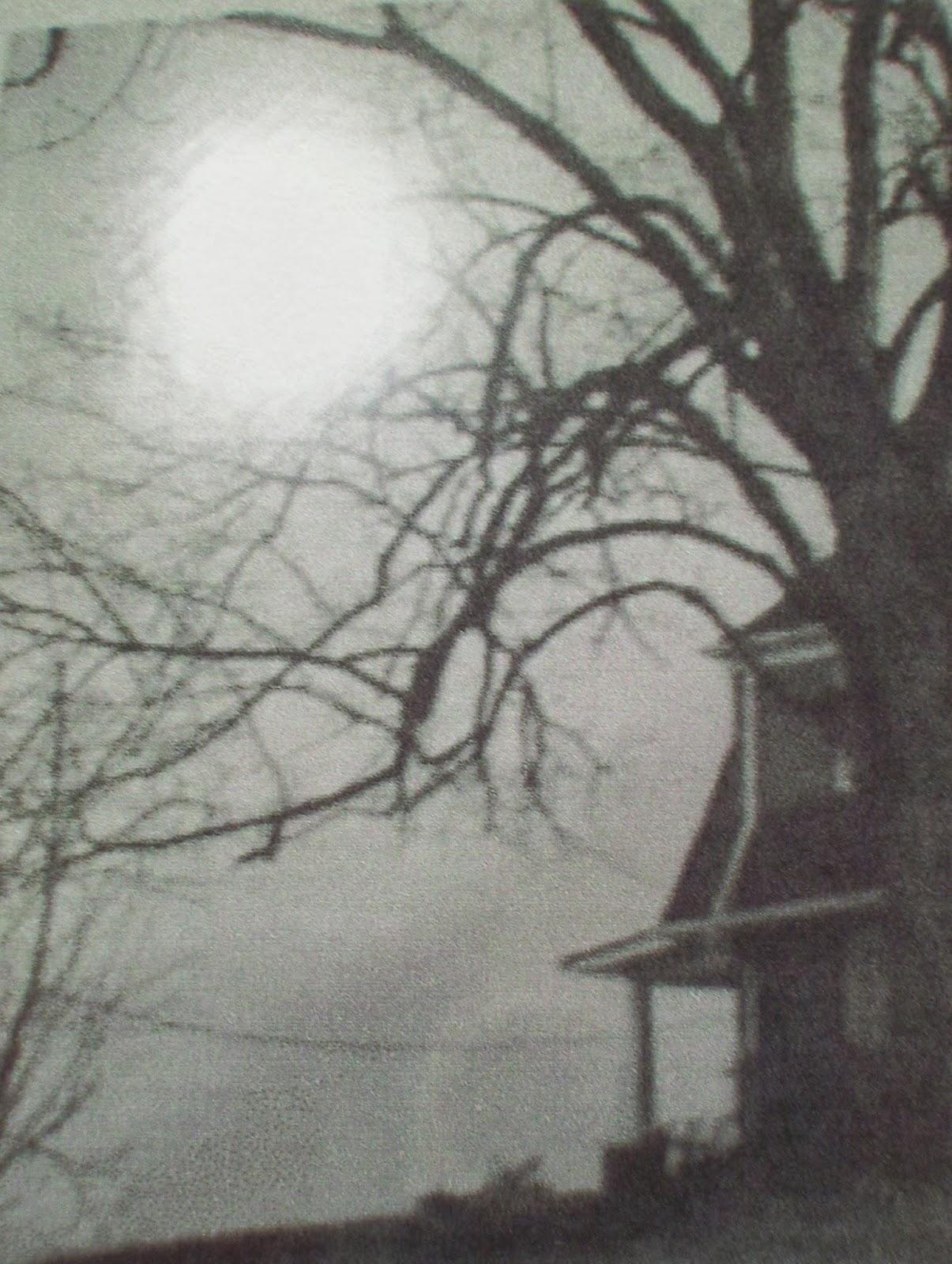 It seems that I used to get a lot more spirits in my photos than I've been getting lately.
I believe there are several reasons for this:

One reason is that I'm not using my flash as often.  I'm going through a phase where I'm enjoying taking arty, existing-light photos instead of using my flash.  Psychic Elaine Watson who helped me with my book, "Photographic Encounters of the Spirit Kind," said that in order to get good spirit photographs, I needed to use the flash whether it was day or night.  (Whenever I'm intent on getting spirit photos, which is not very often, I do turn on my flash, however.)

Another reason for not getting spirit photos is because a place simply may not have any ghosts or spirits.

However, even if a place is known to be haunted, the spirits sometimes hide.  They just don't want to be photographed.

Also, some periods during each year, "the veil" is pretty much closed; it's a time when few spirits can be detected.  Even the place where Greg works, which is usually a hotbed of spirit activity (It was a former Civil War battlefield.), is quiet.  Things have been pretty quiet at our house, too.

The period we are in right now may be a dormant one for spirits or maybe some of it might just be me.  I've felt a little run-down lately, so in about a week, I'm going to be watching what I eat (after my birthday!), exercising, and getting more rest and sleep.  Then, maybe my paranormal picture-taking ability will improve.  (If not, I should at least be a lot healthier!)

If my plans work out, I should be getting more paranormal photos.  If I do, you'll be the first to know about it.  Also, that will mean that I'll have more pictures to add to my collection that might be in my second paranormal book which should be published in 2015!

Posted by Becky Arnott at 4:08 PM No comments:

I happened to have Syfy on one morning earlier this week, and a rerun of one of my all-time favorite shows was on, "Haunted Collector."  I feel the show was really well-done and thoroughly entertaining.  They had interesting tidbits like, animal spirits can become attached to objects just as the spirits of people can.  Unbelievably, the show was cancelled late last year.  I recently posted a comment on Syfy's Facebook page that, in my opinion, it shouldn't have been cancelled.  A bunch of other people are of the same opinion.  I think that if we let those responsible for airing these shows know how we feel, maybe we can improve TV, one show at a time.

I also let them know that I was unhappy that "Fact or Faked" had been cancelled.  However, as I did further research, I discovered that maybe there's hope for that show, because as of now, no announcement has been made one way or the other for 2014 for "Fact or Faked."  Hopefully, they'll bring it back this year.  Greg and I both think it's ingenious, the ideas they come up with in the show, to solve the mysteries of  the videos that may or may not have been faked.  Sometime today, after I finish this blog post, I'm going on the "Fact or Faked" Facebook page to offer my support.

Let's let all these networks know how we feel!

In Syfy's favor, we're so happy "Ghost Hunters" and "Paranormal Witness" are still on.  Also, kudos to Syfy for airing "The Twilight Zone," which Greg and I both love.  We've even got "The Twilight Zone" DVD.  I'm planning on getting the rest of the show's episodes soon.

It's not just Syfy that has paranormal shows, as the Travel Channel has two great shows, "Ghost Adventures" and "The Dead Files."  The people on these two shows, as well as the ones I mentioned above, are, to me, just as interesting as the ghosts, etc.

For example, Zack and his team are so funny and entertaining on "Ghost Adventures."

Also, I kept wondering who the guy was on "The Dead Files" who goes through the haunted places and takes down pictures, etc. before Amy Allen does her walks.  I thought they should identify him on the show which, unless I missed something, they don't.  Anyway, I checked "The Dead Files" website where I found out that he's Amy's husband.  He talks about Amy, and what it's like being married to a psychic on a video on the site.  Also, she gives a tour of her hometown, etc.  Very interesting!

To show the popularity of the paranormal right now, even "Animal Planet" has gotten in on the act with their intriguing show, "Finding Bigfoot."

Through the above engrossing, entertaining shows, as well as a few others that I didn't mention, we are given glimpses into a world that for most of us is full of mystery, that would be hard to imagine without some of these great shows which are there for us to see, learn, and enjoy.

May the best paranormal shows always be on TV, as we all try to solve the mysteries of the universe!

Posted by Becky Arnott at 11:31 AM No comments: