First of all, I'd like to correct something I had on last week's blog post, "Paranormal Tidbits."  I stated that "William Shatner's Weird or What?" was on "National Geographic Channel" on Wednesday nights at 8:00 PM.  However, I misread it.  It is actually on Wednesday mornings at 8:00 AM.  I couldn't believe it, because when Greg and I, merely by chance, saw it a week or so ago, it was on at night.  I can't understand why they're not making more episodes of that good quality show that is now relegated to reruns in a morning time spot.  Maybe it was too controversial!

There are two really good shows that Greg and I watch that are on consistently in their time slots every week on "Travel Channel," "Dead Files" on Friday nights and "Ghost Adventures" on Saturday nights.  I've always liked things that you can depend on!


Also, on last week's post, I mentioned that we had spent the night in a B & B where I got a picture of a bed with red ectoplasm on the floor, and I had thought that perhaps there were other paranormal pictures of the B & B, as well.  I've since carefully looked at some other pictures I took while we were there.  I found that several anomalies showed up that I hadn't noticed earlier.  In fact, a couple were quite unusual.  I decided to devote a whole chapter in my next book to this apparently very haunted B & B. 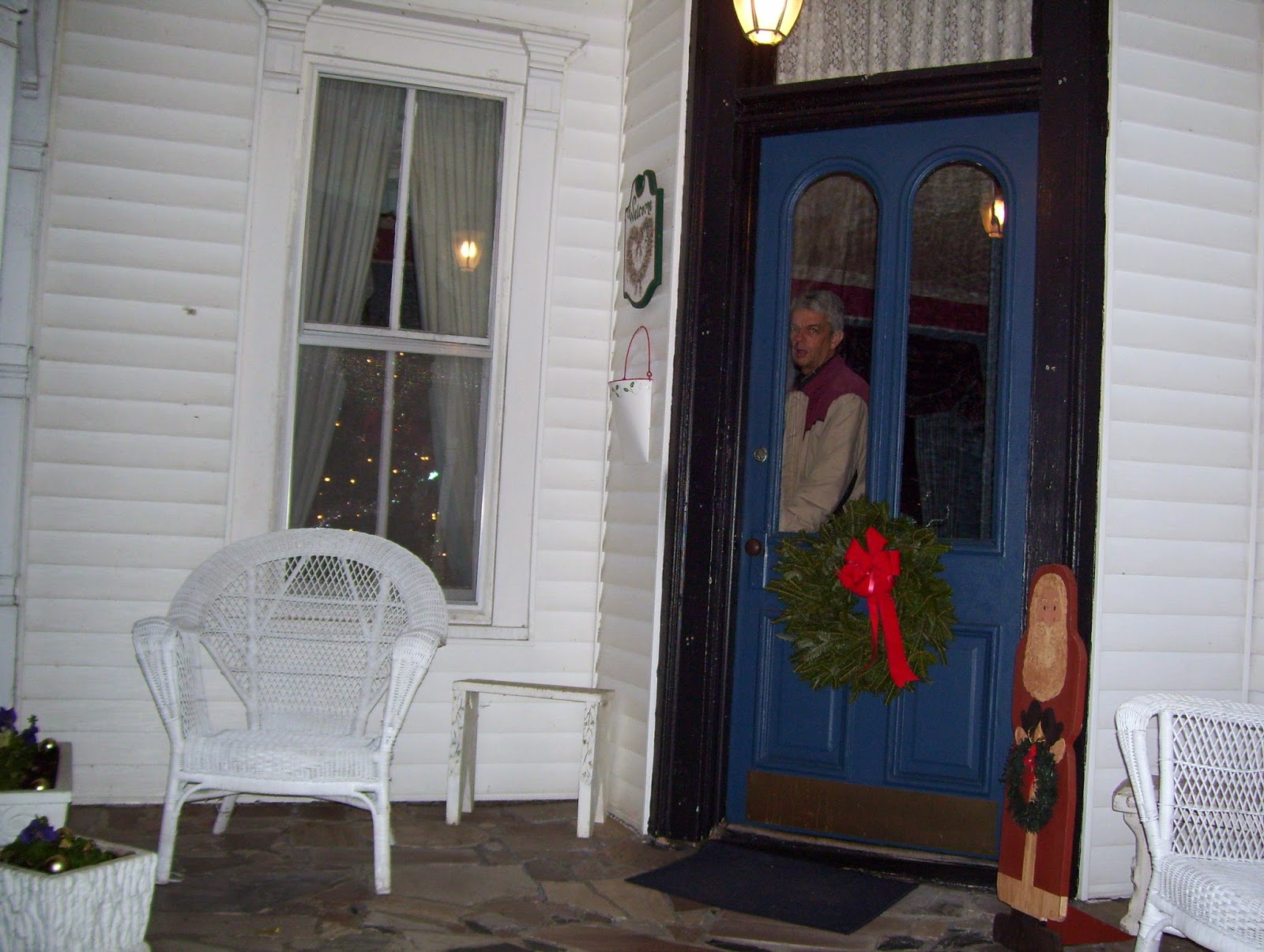 Greg, at the Door of the Haunted B & B

The honest truth is that Greg and I have consistently noticed that it's often harder to get good paranormal pictures of places that advertise that they are haunted (unless perhaps you happen to be experienced ghost hunters, which we don't pretend to be!)  Most of the time, we find a lot more paranormal phenomena in the average B & B (as they are usually pretty old), in places of business, in other people's homes, and in our own backyard!

Food-for-thought paranormal quote: "I don't believe that ghosts are 'spirits of the dead' because I don't believe in death.  In the multiverse, once you're possible, you exist.  And once you exist, you exist forever one way or another.  Besides, death is the absence of life, and the ghosts I've met are very much alive.  What we call ghosts are lifeforms just as you and I are."
-Paul F. Eno, "Footsteps in the Attic"

Email ThisBlogThis!Share to TwitterShare to FacebookShare to Pinterest
Labels: "Dead Files", "Ghost Adventures", "Weird or What?", ghosts, haunted B & B, paranormal, spirits of the dead