Our Paranormal Adventure in a Park

I hope you had a great summer.  I really enjoyed mine, but it was very busy.

On my last blog post (5/12/14), I said that I would resume writing posts for this "Spirit Photographs" blog in September.  Well, September has arrived, and here is my first post since May:

Two or three times a month, Greg and I take a little time off from work to go on little outings, especially during the summer months.  We especially love being outdoors on warm, sunny days.  On one of those excursions, in August, we went to visit Jackson in West Tennessee.  We enjoyed the usual tourist spots, one of which was a park called Cypress Grove Nature Park.  Cypress Grove is a cypress forest and wetlands with raised boardwalks.  The 6,000-foot-long boardwalk winds through the 165-acre forest.

When Greg and I first arrived at the park, we were amazed that there was only one vehicle in the parking lot besides ours.  Sure, it was hot (low 90's), but this was a beautiful day on a weekend during the summer, and admission was free!  We shrugged this off and went on into the park.  We loved how the boardwalk wound us around, further into the forest. 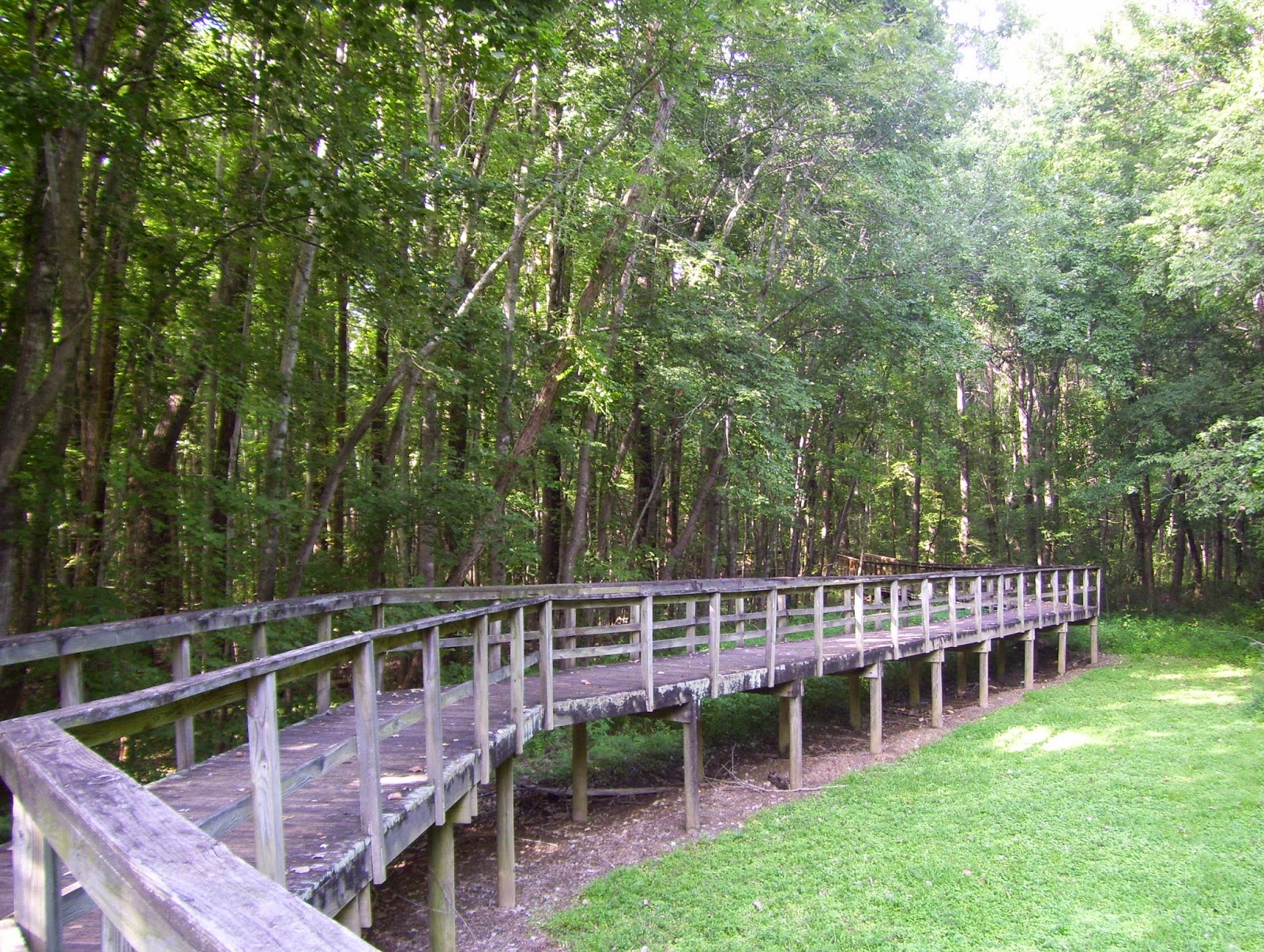 The Beginning of Our Paranormal Adventure into the Forest

We went by raptor cages which housed owls, eagles, and hawks.  We knew someone fed these birds and generally tended to the park, but we saw saw no attendant or park ranger the whole time we were there.

As we made our way into the park, we started hearing noises, like fireworks, gun shots, and/or knocking sounds.  We also heard what sort of sounded like a dog barking in the distance.  But, the thing that was so eerie was the sound of twigs breaking.  What was making them break?  Besides these sounds, we heard nothing else.  It was deadly quiet.

We came upon a sign that said that a lake was 3/8 of a mile ahead.  We felt a little unnerved and discussed what to do.  Should we go forward and see the lake or turn back to the safety of our car?  Just then, we heard voices.  It was the people from the other vehicle.  We briefly talked with them about what was up ahead, and decided to venture forward.  After all, we'd driven all that distance to be there, and we wanted to see all that we had come to see.

We were rewarded for our effort, because the view of the lake was beautiful, and we got some great pictures, especially from the wildlife observation tower.  Some of these pictures were (bet you guessed it!)-paranormal.

We didn't stay in that area very long, for we could hear an approaching storm.  In fact, we ran back most of the way, both to avoid being caught in the rapidly advancing storm and to avoid whatever was making those strange sounds that we had heard earlier in the park.

Looking back on our adventure, we were stunned by the fact that the whole time we were there, besides the birds of prey in their cages, the only wildlife we encountered was a small lizard on the boardwalk railing and a white heron at the lake.  According to one of our brochures, this forest was supposed be "a haven for birds, deer, rabbits, squirrels, minks, raccoons, frogs, and turtles."  Where were they?

What do you think?

Greg and I both decided that Bigfoot might possibly be living in that swampy forest, and, next week, I have some startling evidence to tell you why that assumption might be true.