Living in a Haunted House

I just wanted to share something personal with you.  It's something I didn't want everyone to know, for safety's sake, until now.  It's just that for the last two and a half years, I've had to spend the night in the two houses we've lived in during that time by myself (except for weekends).  It's because my husband Greg worked at night.  (Thankfully, he no longer works at night, and we're both really happy about that.  We now feel like we can live more normal lives!)  (However, I understand that some people can work at night and are fine with it, and some people can spend the night by themselves and not mind, but when the house you live in is haunted, that's another matter altogether!)

Well, I guess that if you've been reading my blog posts, you've gathered that we do live in a haunted house.

The spirit activity got worse the last couple of weeks, especially during this past week.  I think it was because they knew that Greg would soon be here to protect me at night, so they decided to pull out all the stops to try to scare me before his schedule changed.

The worst thing that happened, several mornings ago, was when I was abruptly awakened an hour early with a loud noise in our bedroom that I can't even begin to identify because it was unlike any I'd ever heard before.  It, of course, startled and scared me, but that fear quickly turned to anger for my having been awakened so early.  I knew immediately that it had to be paranormal, so in a loud voice, I ordered it to leave our house.  I told it that this was our house, and that it didn't belong here, that in the name of God, it had to leave.  You can't mess around with these annoying, negative entities that are trying to make your life miserable.

Thankfully, it worked.  It got the idea it wasn't welcome here, so it took off! 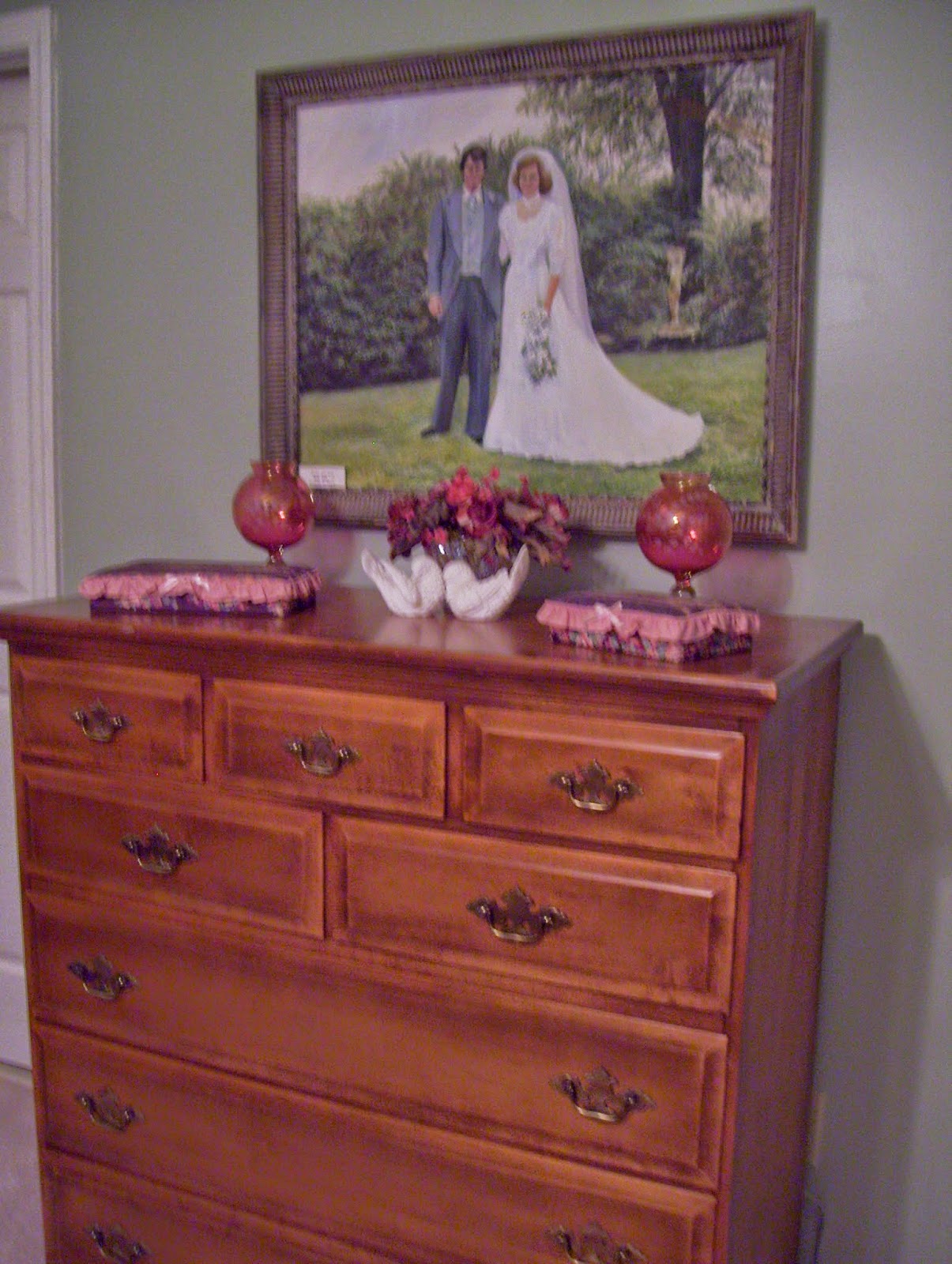 (This was the area from which I heard the loud noise that awakened me.  I've heard little noises several times before during the night in this same area.  Could one of these objects be haunted?  Wish we could ask "The Haunted Collector."  I really miss that intriguing TV show!)

I just read an interesting article from Bankrate.com entitled, "Want to buy a haunted house?"  It tells about a man and his wife who had bought a haunted house.  They knew at the time of purchase that it was haunted, but they didn't mind, because they thought this old Victorian house would be perfect for them as they loved to give Halloween parties every year "complete with caskets in the rooms and a hand sticking out of the punch bowl."

Anyway, one night, shortly after they had moved in, one of the spirits let itself be known in a big way to the couple.  The man let the spirit know, very much as I did, that the spirit was not welcome there.  He ranted for over an hour which calmed things down considerably.  There were no more "scares in the middle of the night."

One thing that might have upset the spirits there was that they were renovating their new house.  Spirits in general don't like that.  They prefer the status quo.

Also, Greg thought maybe the fact that we've been dismantling our swimming pool might have upset any entities that were here.  Who knows?  For now, however, all is well!

Thanks for visiting!  Until next Saturday, Becky
Posted by Becky Arnott at 4:53 PM