Our Paranormal Adventure in a Park-Part Two

In last week's blog post (September 5, 2014), I wrote about what Greg and I had seen and heard in a park in West Tennessee in August.  Well, on this post, I'm going to tell you "the rest of the story," as news commentator Paul Harvey used to say. 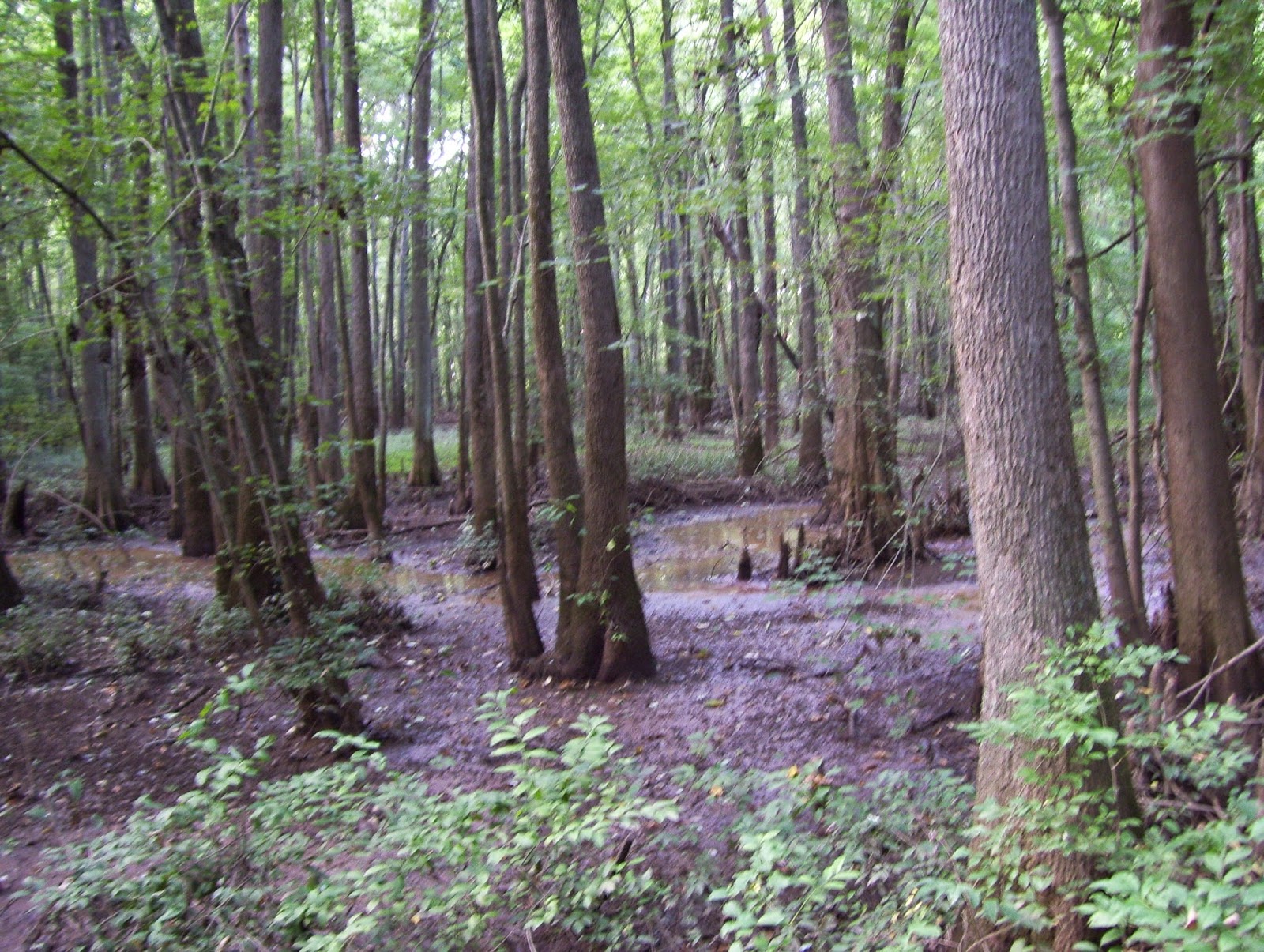 View from an Elevated Boardwalk

At the end of my last week's post, I said that I thought Bigfoot inhabited the cypress forest that we had visited.  I don't say this lightly and without thought, because Greg and I have discussed our visit several times, and we both agreed that everything we saw and heard pointed to Bigfoot living in that park-the lack of wildlife, the sounds we heard of strange barking, knocking, and breaking of twigs and sticks.

I have done even more research since my last post, and I found some things to validate our Bigfoot assumption.

I now know the following facts from my research about Bigfoot:

-Bigfoot has been spotted all around the world, including North America.
-Native Americans knew about Bigfoot before Europeans came to North America.
-(S)he can live in all kinds of different climates and geological regions.
-Bigfoot prefers unpopulated wilderness, like forests!
-Southern swampy areas are good for Bigfoot!
-Tennessee is one of the top ten states for Bigfoot because over fifty percent of the state is forest!
-Bigfoot loves caves, and Tennessee has thousands of caves to live in.
-Bigfoot is believed to be an omnivore.  That means that it eats both plants, and animals!

-This creature can mimic many different sounds.

This last fact is believable to Greg and me because we heard a barking noise that sounded somewhat like a dog, but like Greg told me, the bark didn't sound exactly like a regular dog's bark.

In my research, I came across a barking sound, accompanied by the sound of knocking.  It's on "YouTube," entitled "Breakdown-Bigfoot sounds 2012."  It was amazing to us because that was the sound similar to what we had heard.  (Prior to this You Tube video, we knew from watching the "Animal Planet" hit show, "Finding Bigfoot," the sounds that a Bigfoot is supposed to make, but we weren't aware that barking like a dog was one of them, although we suspected that Bigfoot might be making that noise since it sounded so strange!)

To top off all of this, the best evidence yet that we are on the right track in our beliefs, is this from the website www.bigfootencounters.com:

"Jackson, Madison County, Tennessee  (exactly where Greg and I were!)
June 2000

My daughter-in-law saw what we believe to be a Bigfoot in Jackson, Tn., Madison Co.  In June of 2000, she was fishing in a swampy area, & heard what she thought was a fish jumping.  When she turned around to look, there it was, a huge Bigfoot!  Needless to say she was terrified.  She made a full report to the game warden & to the local police.

I believe in them, & I think we will see more & more as we run every kind of life out of their natural habitat.  I know my daughter-in-law, & I know that she saw something...

To be honest, Greg and I loved visiting the swampy cypress forest park with its beautiful scenery that gave us one of the biggest adventures of our lives, but neither of us is rushing to go back any time soon.

If you decide to go there, be ready with a recording device and a camera.  You might just capture something really interesting.  Please email me if you do!