Greg and I recently went on a daytrip to a store after I had seen several photographs of the store on the Internet, two of which had several small orbs in them. The photos of the store had been taken by several different people, and the ones with the orbs were taken by the same person who, no doubt, has the gift of spirit photography just as Greg and I do.

I decided to take several pictures of the store to see if I could capture any orbs myself, and I was not disappointed!

Here are two of my photos which really amazed us, even though we have taken a lot of paranormal pictures in the past!- 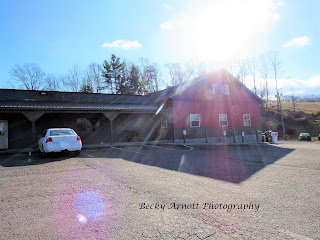 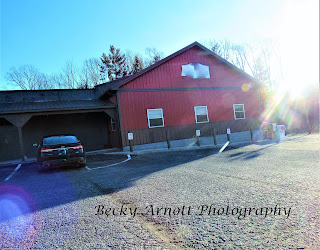 The only changes I made to these two photos was that I blotted out the name of the store on the building, and the license plate numbers on the cars. Also, I enhanced the photos, and added my watermark. I took one picture before we entered the store, and the other one after we came out of the store.
Apparently, the energy in these photos is not evil, but, instead, these colorful, paranormal orbs have positive energy. (That's good news!) The large blue and purple orbs in the lower left of the photos show peace and protection. The white part of the large orb in the first photo shows peace, harmony, and love. The orange one shows hope, healing, strength, and courage.
Besides regular orbs, there are also some moving orbs.
I feel that this is a message from positive, spiritual beings that want me to encourage everyone, to let you know that all is going to be well, to not be discouraged, no matter how bad things seem right now. God and His angels are watching over us, protecting us! We just have to pray and believe.
For a lot more (over 100!) paranormal photographs with orbs, moving orbs, ectoplasm, shadow ghosts, vortexes, etc., taken here in the United States and abroad that my husband, Greg, my brother, Nick, and I have taken, check out my first book, "Photographic Encounters of the Spirit Kind." For more information, and to order, please see and click on the widget above.
Thanks for visiting! Until Saturday, February 18, 2023, Becky
Posted by Becky Arnott at 9:30 PM